The Hunger Games film, based on Suzanne Collins’s young adult trilogy, has become the first blockbuster hit of 2012. In this dystopian fantasy world, set at some point in the near-future, the hero is a sixteen-year-old girl named Katniss Everdeen, who lives in District 12, one of a dozen districts of Panem. This country’s capital is called, well, The Capitol, which is the sole metropolis and has an iron-grip around the twelve districts. In retribution for starting a war nearly three generations ago, each district participates in The Hunger Games, an annual event in which one boy and one girl aged 12 to 18 from each of the districts are selected by lottery to compete in a televised battle to the death. All of this sounds like a pretty compelling setup for a movie.

Unfortunately, the movie’s incoherent and insulting narrative says something disturbing about its audience. END_OF_DOCUMENT_TOKEN_TO_BE_REPLACED

The August 20th issue of Publisher’s Weekly has a review of my collection! This is, obviously, tremendous, and having a reviewer speak so glowingly of my stories is pretty thrilling. Here’s an excerpt:

A sense of loss suffuses the keenly observed stories of Nye’s debut collection … Although characters are often bewildered and bereft, these stories aren’t bleak. Nye holds his characters in sharp focus, and their emotional lives are rigorously yet sympathetically observed.

You can read the fully review here. The book is out October 2nd! 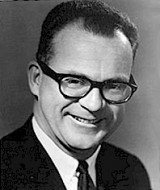 “The Re-Creationist” is the most recently written story in my collection and the first story in the book. Set in 1952, it’s the story of Don, a World War II veteran who works as the radio announcer for the Pittsburgh Pirates. He’s the last “re-creationist”: an announcer not at the game, but a person that imagines the game based on the information that comes across the telegraph. From a brief code, Don tells the story of a game he never actually sees.  END_OF_DOCUMENT_TOKEN_TO_BE_REPLACED