How do you decide what book to buy and read? There might be two separate questions and two separate answers in there. I have a great many books on my bookshelves that I have bought and never read. Some of them will get read eventually. Some will be gifted away or donated. Some will never get read. I don’t entirely know why, but that’s okay. In short, we often need several reminders to pick up a book. Sure, we might be excited about the newest Zadie Smith, but for the vast majority of authors, we have to remind readers over and over again to pick up a copy of our book (and probably Zadie’s, too). Which is fine: there are so many books published every week so it is very difficult to keep track.

Since I have a novel coming out in 2018 and have learned how important it is to make your readership aware as early and often as possible, I want to do the same for other authors. Help people find even more great books to read. More the merry and all that. So I just asked Literary Twitter for help:

I received dozens of responses. To each and everyone that shared my tweet and suggested additions: thank you! Keep ’em coming, folks: I plan on updating this post throughout the year. If you can do so, please do pre-order these books: it’s a long story, but it really does a tremendous amount of good for helping each author find a wider readership. Without further ado, here’s the list:

January 16th
EVERYTHING HERE IS BEAUTIFUL by Mira T. Lee

February 6th
DAPHNE by Will Boast
AN AMERICAN MARRIAGE by Tayari Jones
THE HUMMINGBIRDS by Ross McMeekin
BACK TALK by Danielle Lazarin
FEEL FREE: ESSAYS by Zadie Smith

March 20th
BURY WHAT WE CANNOT TAKE by Kirstin Chen
THE ASTONISHING COLOR OF AFTER by Emily X.R. Pan

May 1st
A LUCKY MAN: STORIES by Jamel Brinkley

June 5th
SICK: A LIFE OF LYME, LOVE, ILLNESS, AND ADDICTION by Porochista Khakpour
INVITATION TO A BONFIRE by Adrienne Celt

WHAT WE WERE PROMISED by Lucy Tan

October
AND IT BEGINS LIKE THIS by LaTanya McQueen

October 31st
THIRD BANK OF THE RIVER: POWER AND SURVIVAL IN THE 21ST CENTURY AMAZON by Chris Arnold

Follow me on Twitter @mpnye and subscribe to my TinyLetter “Until We Have Faces”. You can also pre-order my novel ALL THE CASTLES BURNED, which will be available everywhere on February 13th. 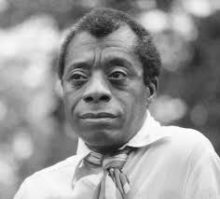