1. A Familiar Beast by Panio Gianopoulos
2. Light in August by William Faulkner

I wrote about how much I loved the Faulkner novel over at The Millions. I snagged this one from a list of Best Books of the 20th Century, and thought “I should give Faulkner another shot.” And I’m very glad I did.

3. The Yellow Birds by Kevin Powers
4. State of Wonder by Ann Patchett
5. Man’s Search for Meaning by Victor E. Frankl
6. Quiet: The Power of Introverts in a World That Can’t Stop Talking by Susan Cain
7. Black Boy by Richard Wright
8. The Call by Yannick Murphy
9. How to Stay Sane by Philippa Perry
10. Going Clear: Scientology, Hollywood, and the Prison of Belief by Lawrence Wright

Last year, I was asked by my local library, the wonderful Daniel Boone Regional Library, to be a panelist for their One Read program. Loosely, these titles were included in the “longlist” of choices, which number well over a hundred. Of these, the Patchett was my favorite, a smart and gripping retelling of Conrad’s “Heart of Darkness.”

On another note, the Perry is one of the books I read that touches on the idea, loosely, of happiness. For many years, going back to grad school, I’ve read quite a few books on happiness, which probably falls loosely under the category of the Self Help and Actualization Movement (note the acronym: SHAM). I gravitate toward happiness books that are more about philosophy and neuroscience, but the core concern–am I happy?–really does fit with SHAM. It’s a longer and more involved post than I want to get into here, but I’m glad I’ve fallen away from it. I don’t even think about it much anymore, but when I do, I replace the word/idea of happiness with “meaningful.”

11. The Maltese Falcon by Dashiell Hammett
12. Go Tell It On the Mountain by James Baldwin
13. The Pesthouse by Jim Crace
14. The Believers by Zoe Heller
15. A Thousand Pardons by Jonathan Dee
16. How to Catch the Other Man by Derek Palacio
17. The Road by Cormac McCarthy

My first attempt at McCarthy. One of my friends is a monster McCarthy fan, and in conversation, almost every time, he brings up McCarthy and I have to remind him that I haven’t read his book. I took a crack at All the Pretty Horses a few years ago and found it remarkably boring. But The Road is pretty good. The prose is a bit dull, actually, mechanically in its repetitiveness, which feels like A Point but one that is overdone. It’s bleak and awful but also imaginative and memorable. Definitely worth picking up. Loosely, I’m thinking of reading all of McCarthy in 2014, but you know how that goes with me …

18. The Flamethrowers by Rachel Kushner
19. Tampa by Alissa Nutting
20. For Love of the Game by Michael Shaara

After a conversation we had about sports movies, my friend, poet Kyle McCord, asked me to put these thoughts into an essay for his website LitBridge. I said, ay yup! I wanted to actually look at a sports movie/sports book to see if I could come up with a semi-coherent reason why I dislike sports movies, and stumbled upon the Kevin Costner film version of Shaara’s novel. Both are pretty mediocre. You can read the entire essay here.

21. Canada by Richard Ford
22. Where Did You Go, Bernadette by Maria Semple
23. Olive Kitteridge by Elizabeth Strout
24. The Big Smoke by Adrian Matejka

The only poetry collection I finished in 2013. To be fair, Adrian is a very good friend of mine, and I’ve read his previous poetry collections, too. But The Big Smoke is on another level. It’s a fascinating look at Jack Johnson’s life and told in verse that is hardhitting, deft, and powerful.

25. You Are One of Them by Elliott Holt
26. Breaking the Line: The Year in Black College Football by Samuel G. Freedman
27. Everything is Obvious: How Common Sense Fails Us by Duncan J. Watts
28. The Woman in White by Wilkie Collins
29. The Goldfinch by Donna Tartt

I only include books that I finished and/or read in their entirety. This means there are many short story collections and poetry collections not on this list. I’m stickler for this detail. If the book had ten stories, and I only read nine of them, I did not include them on my list. I’m not sure how many story and poetry collections that would be, but I’d ballpark it at two dozen. Sometimes, this was because the collection wasn’t good, but more often than not, I just never finished, reading seventy percent of the book. That’s not really anyone’s fault but my own.

I don’t read enough poetry. See above—only books I finish—but, nonetheless, to read only one, terrific as it was, is disappointing. There’s no excuse for that. It’s not as if I don’t know what came out or who is doing what, I just haven’t dived in as fully as I need to. I’d like to finish the collections that I have on my shelves. But more often than not, poetry collections strike me as “Greatest Hits: The Last Three Years of My Life!” rather than a true book, a coherent collection of poetry where the whole is greater than the parts. Maybe I’m asking too much of contemporary poetry. I’m not sure.

I don’t read fast. Part of my brain thinks, Hey, the average American doesn’t read thirty books a year. But I know plenty of people who read well over a hundred books per year, and as the public is bombarded with publishing news on a seemingly daily basis, I often feel bad about how much I have not read. I’m not exactly a slow reader, but I’m not a fast one either.

I’m not sure where I’m going with my reading in 2014. I’d like to mix in some contemporary stuff with a few of the classics that I’ve missed, but that’s my plan each and every years, so where’s the originality in that? Mostly, looking at this list, I remember the experience of those narratives, from the great to the awful, and that it’s always a joy to dive into something new. Who knows what I’m going to pick up next? 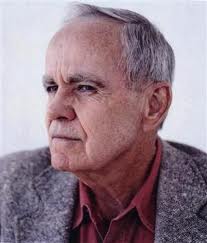