This year, I read more than 60 books, which is a new high for me since I’ve been keeping track starting in 2009. On a Word document on my computer, I keep a chronological list of what I’ve read, and I find it fascinating to see how I move from one book to another, remembering why I finished, say, Margaret Atwood and then next picked up Edith Wharton. Sometimes there is a logic to it, and sometimes not. Sometimes I have to remind myself why I read a particular book.

And I write that as I’ve gotten much better at giving up on a book I don’t like. I give a book about 75 pages and if I’m actively thinking “This is terrible” I leap ahead, skim the last three chapters, and put it away. I haven’t included the books I gave up on, but there were more than a few.

In addition to these books, of course, there are all the submissions I read for Boulevard and Story. And the New York Times and Columbus Dispatch on the weekends, the New Yorker, and all the online reading I do, particularly Vox and The Athletic. That’s a lot of reading! Anyway, here’s what I read in alphabetical order (probably) with some additional thoughts at the end.

All the Pieces Matter: Inside The Wire by Jonathan Abrams

All That Is by James Salter

Deep Work: Rules for Focused Success in A Distracted World by Cal Newport

The Devoted by Blair Hurley

The Friend by Sigrid Nunez

The Future is History: How Totalitarianism Reclaimed Russia by Masha Gessen

Glass House: The 1% Economy and the Shattering of the All-American Town by Brian Alexander

A Green Line Between Green Fields by Steve Abbott

How to be Safe by Tom McAllister

How to Survive a Summer by Nick White

How to Write an Autobiographical Novel by Alexander Chee

The Last Place You Look by Kristen Lepionka

The Last Republicans: Inside the Extraordinary Relationship Between George H.W. Bush and George W. Bush by Mark K. Updegrove

Late to the Ball by Gerald Marzoratti

The Monopolists: Obsession, Fury, and the Scandal Behind the World’s Favorite Board Game by Mary Pilon

My Absolute Darling by Gabriel Tallent

No One is Coming to Save Us by Stephanie Powell Watts

The Revenant by Michael Punke

The Righteous Mind: Why Good People are Divided by Politics and Religion by Jonathan Haidt

Sharp: The Women Who Made an Art of Having an Opinion by Michelle Dean

Soon The Light Will Be Perfect by Dave Patterson

The Unraveling of Mercy Lewis by Keija Parssinen

The Weight of Him by Ethel Rohan

The best book I read this year was Giovanni’s Room, which I read in one day while on vacation on Lake Michigan this past July. Baldwin has had a renaissance in the last few years, including a fantastic documentary, I Am Not Your Negro, that I cannot recommend highly enough. Point is, you should add some Baldwin to your reading list. If nothing else, read his majestic short story “Sonny’s Blues” which I think is one of the very best American short stories ever written (yes, really)

The book that I’ve most recommended to people is Pachinko. I love big, ambitious, pageturners (The Goldfinch, Cloud Atlas, A Little Life) of a literary bent, and this one definitely fits that aesthetic.

Second would be The Devoted. I met Blair for the first time when I was back in St. Louis for a book festival, and we swapped books. I have to admit, a story of a young woman having an affair with her Zen master didn’t immediately rope me in, but by the end of chapter one, I was hooked. It’s a fascinating exploration of devotion, obsession, and forgiveness, with powerful and memorable characters and real thematic resonance.

In a recent email/text exchange, I discussed with a friend of mine how many of the most hyped books of 2018 weren’t just disappointing, but flat out bad books. No, I am not calling them out (don’t be such a gossip, people!) but hype and quality did not go hand-in-hand this year. Except for this really great debut in February. That one was pretty good. 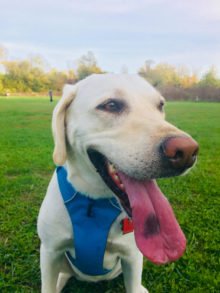