It’s been a little while since I’ve been bloggy, eh?

Here is the complete list of books I read in 2019. Or, more accurate, the complete list of books I read all the way through this year, ignoring the books I didn’t quite finish or only picked through. Throughout the year, I keep a running long on a Word document on my computer; I like to look back and try to remember how I moved from one book to the next, what logic (if any) I can retroactively apply to the decision to close one book and pick up the next one. I read several Elmore Leonard novels because I had the Library of America collections of his short books, and it was easy to move from the end of one to the beginning of the next.

I’m not sure this reveals anything particularly insightful about my reading this past year. I’m aware of the times where I read very little, bogged down by my own writing or reading manuscripts for Story, and didn’t make the effort to read books. It’s always interesting to recall which books have made a lasting imprint on me and which ones I think “oh, right, I read that”.

Above All Men by Eric Shonkwiler

The Art of Dumpster Diving by Jennifer Moses

As Close to Us As Breathing by Elizabeth Poliner

The Artful Edit: On the Practice of Editing Yourself by Susan Bell

Boom Town: The Fantastic Saga of Oklahoma City, its Chaotic Founding… its Purloined Basketball Team, and the Dream of Becoming a World-class Metropolis by Sam Anderson

Broad Band: The Untold Story of the Women Who Made the Internet by Claire L. Evans

The Color Purple by Alice Walker

Conversations with Friends by Sally Rooney

The Desert Sky Before Us by Anne Valente

The Female Persuasion by Meg Wolitzer

A Fortune for Your Disaster by Hanif Abdurraqib

Go Ahead in the Rain by Hanif Abdurraqib

Good to Go: What the Athlete in All of us Can Learn from the Strange Science of Recovery by Christine Aschwanden

The Hazards of Good Fortune by Seth Greenfield

Heartland: A Memoir of Working Hard and Being Broke in the Richest Country on Earth by Sarah Smarsh

How We Fight for Our Lives by Saeed Jones

If You Lived Here, You’d Be Home by Now: Why We Traded the Commuting Life for a Little House on the Prairie by Christopher Ingraham

Indistractable: How to Control Your Attention and Choose Your Life by Nir Eyal

The Last Samurai by Helen DeWitt

LeBron, Inc.: The Making of a Billion Dollar Athlete by Brian Windhorst

The Man They Wanted Me to Be by Jared Sexton

The Most Fun We Ever Had by Claire Lombardo

My Father Left Me Ireland: An American Son’s Search for Home by Michael Brendan Dougherty

On Immunity: an Inoculation by Eula Biss

The Power of Moments: Why Certain Experiences Have Extraordinary Impact by Chip Heath and Dan Heath

Range: Why Generalists Triumph in a Specialized World by David Epstein

Semicolon: The Past, Present, and Future of a Misunderstood Mark by Cecelia Watson

The Story of STORY Magazine: A Memoir by Martha Foley

That Time I Loved You: Stories by Carrianne Leung

The Switch by Elmore Leonard

The Taxidermist’s Catalog by James Brubaker

The Vexations by Caitlin Horrocks

When Rap Spoke to God by Erica Dawson 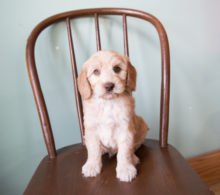