I think the last four blog posts on this site have been about books I have read in a given year. I’m not sure. I kinda hit “create” without giving it too much thought, intending to paste in the list of books I read this year, hit “save draft” and worry about finishing later. I’ve done this frequently in 2020–get halfway through something and abandon it–and I’ll try not to beat myself up too much about it, but I really don’t blame the pandemic for this lack of focus and completion.

I skip around quite a bit with my reading. You’ll notice I’ve read a lot of James Baldwin, Lee Child, and Ali Smith, which is a peculiar trifecta. Also, lots of baseball books, which is my go-to reading right before I fall asleep at night. It’s hours before midnight, and I’m pooped, so I don’t have a lot of coherent thoughts on this last at the moment, but perhaps over the long weekend, I’ll add more to this. Or not. We’ll see.

Another Country by James Baldwin

A Lost Lady by Willa Cather

Kochland: The Secret History of Koch Industries and Corporate Power in America by Christopher Leonard

Jay-Z: Made in America by Michael Eric Dyson

The Alchemist by Paulo Coelho

A Month in the Country by J.L. Carr

Chances Are by Richard Russo

No Name in the Street by James Baldwin

Why We’re Wrong About Nearly Everything: A Theory of Human Misunderstanding by Bobby Duffy

Winners Take All: The Elite Charade of Changing the World by Anand Giridharadas

A Boy and His Dog at the End of the World by C.A. Fletcher

How to Walk on Water and Other Stories by Rachel Swearingen

We Inherit What the Fires Left: Poems by William Evans

The Vexations by Caitlin Horrocks

Baseball Meat Market: The Stories Behind the Best and Worst Trades in History by Shawn Krest

The Cactus League by Emily Nemens

The Warmth of Other Suns: The Epic Story of America’s Great Migration Paperback by Isabel Wilkerson

Company of One: Why Staying Small is the Next Big Thing for Business by Paul Jarvis

A Short Move by Katherine Hill

The Boys of Summer by Roger Kahn

Summer of ’49 by David Halberstam

Breath: The New Science of a Lost Art by James Nestor

The Wax Pack: On the Open Road in Search of Baseball’s Afterlife by Brad Balukjian

Caste: The Origins of Our Discontents by Isabel Wilkerson

Pack of Two: The Intricate Bond Between People and Dogs by Caroline Knapp

The Audacity of Hope by Barack Obama

Three-Ring Circus: Kobe, Shaq, Phil, and the Crazy Years of the Lakers Dynasty by Jeff Pearlman

Maid: Hard Work, Low Pay, and a Mother’s Will to Survive by Stephanie Land

Split Season: 1981: Fernandomania, the Bronx Zoo, and the Strikes that Saved Baseball by Jeff Katz

The Heritage: Black Athletes, a Divided America, and the Politics of Patriotism by Howard Bryant

The Big Three: Paul Pierce, Kevin Garnett, Ray Allen, and the Rebirth of the Boston Celtics by Michael Holley

Why We’re Polarized by Ezra Klein

There are also of course the books I didn’t finish, which I never include on this list, or the books that I partially read. There are also the hundreds–probably well over a thousand, maybe two, I honestly don’t know–individual pieces I read for Story, which should count for something but I’m not sure what. In addition, I get the Sunday Times, the New Yorker, and six to eight literary magazines as well, so there has been plenty of reading this year, even if (and this makes no sense) 48 books feels like a disappointing figure.

I’ve been tracking the books I’ve finished since 2009, however, and 48 books are actually right about normal. Off the top of my head, I’ve been as low as 27 and high as 62, but I don’t think the best way to determine a good reading year is the sheer number of books read to completion. I do find it interesting to look back and see how I have navigated from one title to the next, but I imagine going through this for you would be awfully tiresome and not that interesting.

Every year, I wish I read more, and I wish I had specific books that I have not yet gotten to, but hopefully will. Tonight, I’m reading Jazz by Toni Morrison, and I have sixty pages to go. Just maybe it’ll be the last book I read in 2020. More likely, it’ll be the first book I finish in 2021. 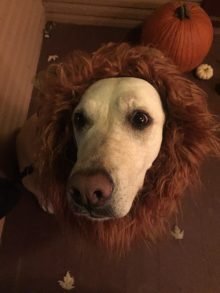