This coming Saturday April 23rd, I will be attending the Conversations and Connections conference in Washington, DC. This one day conference brings together writers, editors, and publishers in a friendly, supportive environment. The past two years, this conference has been held in Pittsburgh, and is returning this weekend to the magazine’s roots in The District. This conference is organized by the fine folks at Barrelhouse Magazine, and I was invited to attend by my friend, founding editor Dave Housley.

I’m participating in two events: Speed Dating with Editors and the Editors’ Panel. Should be a good time. On the Editors’ Panel, I’ll be with Marcos Martinez, Michelle Webber, Emily Rich, and Nate Brown to discuss all sorts of editorial issues, questions, and (hopefully) answers. Here’s the boilerplate from the conference website:

Editors from a number of new and established literary magazines and small presses discuss the ins and outs and nuts and bolts of both sides of the literary fence: researching and submitting work, and reviewing the work that comes in through the proverbial (and now mostly virtual) slush pile, from what gets them excited about a story/poem/essay/book to the kinds of mistakes that might make your writing easy to reject. Questions will be taken from the audience, as well as pre-conference via email and Twitter.

All of which sounds terrific. But I’ve recently been thinking about something else in regards to editing.

I have a story forthcoming in a literary magazine. It was accepted by the editor-in-chief, but the particular issue my story will appear in is being edited by a guest editor. Several months after my story was accepted for publication, the guest editor sent me his edits on my story, and to say that I don’t care for them is an understatement. My story has been chopped from 5200 words to 4100. There is a lot of red (or Microsoft Word strikethrough, which in this case, is in blue). Rather than looking closely at my language and its mechanics, the guest editor has rewritten my story.

There are many things that the guest editor is correct about when it comes to characterization and setting. The guest editor isn’t wrong, but the story has been given surgery rather than physical therapy. It’s taken me a few weeks to calm down and read through the edits with a clear head and actually work on the piece, which I’m finally doing, and the story is (I hope) better, though how it will go over when I submit my newest version, I have no idea.

Being an editor at a literary magazine is very different from being an editor at a newspaper or popular magazine. Literary magazine editing is often not done at all; far too many publications simply check for spelling errors, layout an accepted piece in InDesign, and send it to the printer. Not much editing, per se. At Missouri Review, associate editor Evelyn Somers was dedicated to editing every prose piece in the issue. For her, editing is a conversation with the writer: why did you make this choice? what are you trying to say here? Very few literary magazines have the resources to give this kind of care to the work. It’s one of the reasons why Missouri Review has been one of the best literary magazines for almost forty years.

For a writer publishing in literary magazines, this editorial relationship is critical to be aware of. In the end, the person that has to live with the way the story is written is the, well, the writer. The magazine won’t fix the story, won’t fix the essay, won’t make it “better.” I still cringe at sentences in my book, stories that have, presumably, been edited by the magazine they first appeared in AND by my publisher. Years ago, I had a story published in a magazine where I really clashed with the editor about the revisions, particularly the last scene, during which, in our email discussions, I realized the editor and I saw the story and its protagonist in completely different ways. More recently, I received proofs on a novella and I spent about eight hours and sent them sixty additional changes. And the novella was significantly better for it.

So much of this, of course, falls back on the writer. I’m not sure that the younger me could hear and listen to discuss my work with an editor in the right way. A few years of conversations with writers I’ve published, editors who have published me, fellow editors and readers, and numerous agents who have read my work and agents who have rejected my work, all of them have shaped my ability to recognize good and bad and all the in-between editorial advice about my fiction. A few of these lessons have been hard. A few are really obvious, in the here and now. Ultimately, this all comes back to the writer. After all, it’s the writer’s name on the story, not the editor’s name.

Literary editing is a conversation, and the art of a literary conversation is a challenge for both writer and editor. I hope this weekend that our Editors’ Panel can help the attendees see that good literary editing is not simply about selecting (“I’m the Decider!”) but about working together to shape the story into the best story it can possibly be. Why would we want anything but our best? 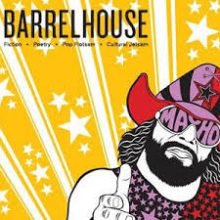