I’m honored to introduce Michael tonight. I’ve known him since the fall of 2004, when we met briefly in the office of the literary journal River Styx where we were both volunteers. We got to chat when we ended up in the office at the same time or at the monthly River Styx readings, and I wasn’t surprised when the editor, Richard Newman, hired him as managing editor about a year or so late—nor was I surprised that suddenly the office became much more organized and clean. Michael had a lot of responsibilities as managing editor, but I remember his desk as carefully arranged, and he was willing to be interrupted when the volunteers like me dropped by. One other River Styx memory: at those monthly readings, Michael discovered the best seat in the house: there were two rooms, a bar and a seating area with tables, and he discovered that if he sat the end of the bar, he could see the readers int he room, as well as the bar television, which I remember as often broadcasting baseball for some reason.

In 2009, Michael and I both moved from St. Louis—I came east here, to his hometown, and he moved west to Columbia, MO. When the spot of managing editor for the esteemed lit mag The Missouri Review was open, I knew Michael would be the ideal candidate for the job, and I was glad to hear Speer Morgan thought so as well. Michael and I have kept in touch, and it’s always great to sit down with him at the annual writers’ conference and hear about his views on what’s happening in our literary community.

I was thrilled when he announced that Queen’s Ferry Press would be publishing Strategies Against Extinction: though I’d seen individual stories here and there in journals, I knew Michael’s work deserved a wider audience. This story collection features characters who, to quote one protagonist, are “not unhappy,” but they’re not entirely happy either. They’ve lost jobs, or loved ones, they’re uneasy with their circumstances in life, but they are, in Michael’s hands, fully described people whose experiences will move you.

And they live their lives in settings you may be familiar with: many of the stories take place in Cincinnati or Ohio, including one of my favorites, “Union Terminal.” Patrick, the protagonist, sees a giant replica of the city in the Cincinnati History Museum, and when he pushes a button, a pre-recorded statement tells him that the old WLW facility downtown used to build “assembly-line radios. From that one building, the entire city became connected, and the people, together, listened to big band music, baseball, and the news, the broadcast reaching from New York to Oklahoma City. Cincinnati, the voice said, was the center of the nation.”

And we in Cincinnati are glad to welcome Michael home. As many of you know, he received a BA from the Ohio State University, and an MFA from the University of Missouri-St. Louis. His fiction and nonfiction have appeared in journals including Boulevard, Crab Orchard Review, New South, Red Cedar Review, Sou’wester, and South Dakota Review—and we at the Cincinnati Review were glad to have him contribute a review to a recent issue. His work has been a finalist for the Katherine Anne Porter prize in fiction and nominated for the Pushcart Prize.

We’re in for a treat tonight—please welcome, Michael Nye. 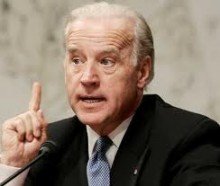