In 1998, I was a junior at Ohio State. During my first two years in college, I kicked around various majors, but nothing really stuck. Everything was mildly interesting but nothing really jumped out. For fall quarter, I signed up for my classes months in advance, and apparent, sometime during the spring quarter, I thought “Intro to Writing Fiction” would be a good idea.

One of the pleasant mysteries of all this is that I don’t remember, at all, thinking I wanted to be a writer. At the end of my sophomore year, I was still majoring in psychology. At some point, some where in the spring of 1998, I decided to take that class. Changed everything. And I have no idea why. I’ve spent a lot of time trying to recall that moment, even just a general sense of what was on my mind that spring, and nothing has ever occurred to me. At first this was frustrating. Now, I kinda like the mystery of it all. I hope I never remember why I signed up for that class.

Every writing workshop I took at Ohio State – from the first one to the fifth one – was held in the same room. This was Denney Hall, the English building north of the Oval and probably the ugliest building on campus: it’s one of those squat buildings of concrete and glass that was tossed up in the early seventies (which, actually, is what the building I currently work in at Mizzou looks like).

Workshop was on the third floor and there was one set of windows, facing north, keeping the room well-lit without throwing sun rays directly into your eyes. Opposite the door was a wall-length chalkboard. The walls were white, and all around the room, quotes from writers were painted on the walls. There must have been a dozen of them, but I only remember this one:

A book must be the axe for the frozen sea insides of us. – Franz Kafka There were two massive, heavy, scratched brown tables pushed together. There must have been room for at least a dozen chairs around the table; another dozen were along the walls. It was more intimate than cramped. Though, it felt cramped when the instructor walked in and took a seat right next to me. Who wants to sit right next to the teacher?

And who was this? Sitting to my left was a woman in her late forties, her short hair snow white, wearing all black, and jewelry that was huge: several intricate necklaces and these massive earrings—circular, bronze, hypnotic–hanging almost to her shoulders. I don’t remember if I was scared but I was definitely intimidated.

Naturally I was asked to speak first.

I believe we were asked to say a couple of things, maybe our name, year, hometown, something along those lines, but we were also asked for our favorite books. The first thing that sprung to mind was The Phantom Tollbooth. Today, I’m perfectly comfortable saying Norton Juster’s book is, and has been since I first read it, one of my favorite books. But as a skinny, insecure, anxious twenty year old, there was on way I was saying a “children’s book” was my favorite. And I blanked. Mentally I zipped through the books on my shelf at home: what could I come up with.

“The Autobiography of Malcolm X,” I said. No one said anything. This was apparently not a good answer.

“Night,” I said. “The one about surviving the Holocaust.”

What I can remember of my first story is that it was a third person account of a young man who goes to visit his father in prison. There were many details about the prison—the parking lot, the security, razor and barb wire, picnic and weight benches in the yard, stuff like that–which probably went on for pages. There was a meeting between son and father that likely went nowhere. In the story, the protagonist was looking for some sense of closure or identification because—surprise!—he was an expectant father. The story ended with the protagonist back at home with his pregnant wife. The only specific thing I remember is that the wife said “C’mere” and my teacher really liked the natural speech of that one word. That’s the biggest thing I took away from the story.

In my mind, the story wasn’t good or bad. But, I’m biased—I know the writer. If I have a copy of it anywhere, and to my knowledge, I don’t, it’s probably on a floppy disk (remember those?) in a box that I haven’t opened in years. Which is okay. Other than finding it as an interesting artifact, there isn’t much to gain from the story. It’s not publishable and there isn’t anything to mine from it to make into something new and fresh.

Of course, those things—holding a physical copy or finding something “useful” out of it—aren’t really important. What’s important is remembering where my writing came from and how long it took me to get here and that the writing life, for me, is just getting started. There isn’t a going to be a neat conclusion or a reductive memory. Getting to nine stories, nine that I’m really proud of, took years, not months. Some of the stories that have really worked came to me quickly. Others didn’t. Same with the novel, or the essays, or all the other things that I’ve written over the years. It’s really easy to worry about The Next Thing, and what I’m trying to do this year is really enjoy the publication of my book and appreciate my writing process, however slow or fast it might be, for what it is. And remembering how it started is one of the ways I’ve been able to do that.

Oh, and that first writing teacher? Mary Tabor. She turned out to not be as scary or intimidating as I had first feared. She took me seriously. She taught me to take my writing seriously. And, then, she went out and won the Mid-List First Series award for her collection, The Woman Who Never Cooked, and then a memoir, (Re)Making Love: A Sex After Sixty Story.

How lucky was I? 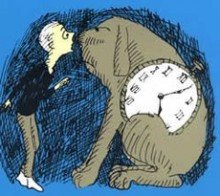