On Twitter, the writer Patrick Nathan fired up a link to The Top Ten, a website devoted to authors sharing their top ten works of fiction with the world. I have a love of lists—who doesn’t?—and, more than anything, I just thought it would be kind of fun to do. It’s sort of like MVP voting in sports, which is this ill-defined idea of what “valuable” means which leads to a series of criteria for selection that is never wrong but also never fully complete.

Unlike other authors at The Top Ten, I’ve decided not to include short story collections. Why? I guess because I’ve touched on short stories in previous blog posts and spend so much time on short stories, both in my own writing and at work, that I decided to exclude collections. So, novels only.

The Privileges by Jonathan Dee (2010). This is, to me, the best novel written in the last five years. It’s the story of Adam and Cynthia Morey, an intelligent and ambitious couple who are already rich and elite when they marry. And their fortunes only increase. Two things: they don’t get the comeuppance you expect, and their unbreakable love is more seductive to the reader than you might think. This is such a brilliant novel, the kind of book I hope to write one day.

Cloud Atlas by David Mitchell (2004). For about two years, this is the book I told everyone they must read. It’s such a terrific, inventive, exciting story, each section building so smartly on the previous one. By the way, I had very little success telling people they had to read it. I’m a terrible promoter, I guess.

So Long, See You Tomorrow by William Maxwell (1979). This is a novel I first read in college, and the entire first chapter was annotated, with passages underlined in red ink, pencil scrawls in the margins, and whole paragraphs highlighted. The protagonist remembers murder and adultery in his childhood Illinois town, and how he came to betray the friend who witnessed them. It’s the definition of a “quiet” novel with searing observation and a tense, careful pace throughout. Every writer should read this book.

The Phantom Tollbooth by Norton Juster (1961). This is the first book I thought was written just for me, and any time I’m down on my writing, I reread this book, remember that we were readers before we were writers, and that this whole enterprise should be delightful.

A Separate Peace by John Knowles (1959). You probably remember reading this book in junior high, paired with Salinger, and thought it was a cute coming-of-age story. Think again. It’s a haunting look at the tenuous friendship between two schoolboys, and every sentence is rich, dark, and menacing. I recently reread this book and was stunned by its perfection.

The Great Gatsby by F. Scott Fitzgerald (1925). What else can be said about Fitzgerald’s tale of Jay Gatsby that hasn’t been said before? Probably nothing. So: did you know that The New Yorker just published a previously unpublished Fitzgerald story? Did you know that this movie is coming out? Okay, then.

Anna Karenina by Leo Tolstoy (1869). I read the story of Anna’s adulterous love affair with Count Vronsky over a Thanksgiving weekend, and a chilly autumn weekend seems like the perfect way to experience this tragic masterpiece. There is also this, which I’ve taken directly from toptenbooks.net: “Levin commits his life to simple human values: his marriage to Kitty, his faith in God, and his farming. Tolstoy enchants us with Anna’s sin, then proceeds to educate us with Levin’s virtue.” Sounds about right.

Madame Bovary by Gustave Flaubert (1857). From The Top Ten: “Of the many nineteenth-century novels about adulteresses, only Madame Bovary features a heroine frankly detested by her author. Flaubert battled for five years to complete his meticulous portrait of extramarital romance in the French provinces, and he complained endlessly in letters about his love-starved main character — so inferior, he felt, to himself. In the end, however, he came to peace with her, famously saying, “Madame Bovary: c’est moi.” A model of gorgeous style and perfect characterization, the novel is a testament to how yearning for a higher life both elevates and destroys us.”

Moby Dick; Or, The Whale by Herman Melville (1851). I’m not even sure it would be correct to call this book a novel. It’s a whole mess of things. It is a novel. It’s philosophy. It’s poetry. It’s a hybrid of this and so many more things and it’s an absolute joy to read. Also, there is a semicolon in the title. That gives it a bump over, say, the other top 290 books in the top 300. So.

Wuthering Heights by Emily Bronte (1846). Another book that I like more and more each time I read it. Not sure why, it just does. Wait, maybe, it’s this: there is something remarkably human about the obsessive and destructive love between Heathcliff and Catherine, an intensity that even with the Gothic elements (which I love) of the narrative, somehow, the exaggeration makes it seem more real. Which makes no sense, but …

I’m fully aware that I’m leaving out or skipping a bunch of books: The Mezzanine, White Teeth, The Corrections, As I Lay Dying, Chronicle of a Death Foretold, Emma, For Whom The Bell Tolls, The Moviegoer, Song of Solomon, The Corrections, Stoner, and so many others. But, hey, that’s the challenge of lists. And what would be fun about this if we couldn’t continue to discuss, argue, and revise it? 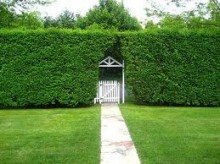