This month over at The Missouri Review, my staff and I—and a few outsider writers and bloggers that we’ve said “Yo” to—are writing a daily blog post about a single short story. These posts aren’t long, usually less than one thousand words, and are a nice opportunity to rave about a short story that is deeply loved. Already this month, we’ve received contributions from writers like Ron MacLean, Dionne Irving, Bess Winter, Michelle Zuppa, and Jessica Vozel, with many others forthcoming this month, along with editors and interns of The Missouri Review.

I’ve chipped in three blog posts about writers whose work I don’t think gets enough attention.

The first post was about “Distance” by Rebecca Kanner. It’s a story about a woman, adrift and aimless, who moves in with a man who is obsessed with running. She decides to start running too and the story takes a haunting, fantastic turn. You can read the entire blog post here. I also wrote about my favorite story by my old mentor, Lee Abbott, which is about a man whose father returns, after being gone for decades, to beat the stuffing out of him. And I kicked off the entire month by discussing ZZ Packer’s wonderful “Drinking Coffee Elsewhere” which is about a young black woman attending Yale and having a sexual awakening.

I’ll probably a post one or two more this month, and there are several other writers whose books you should read who will also be contributing. It should be a good month! 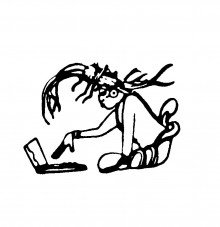