“The Re-Creationist” is the most recently written story in my collection and the first story in the book. Set in 1952, it’s the story of Don, a World War II veteran who works as the radio announcer for the Pittsburgh Pirates. He’s the last “re-creationist”: an announcer not at the game, but a person that imagines the game based on the information that comes across the telegraph. From a brief code, Don tells the story of a game he never actually sees.

But Don’s talent is no longer needed in the modern world: the Pirates, under the leadership of Branch Rickey (the man who signed Jackie Robinson to the Brooklyn Dodgers) is considering a change. While Don must fight for his job, he also must fight for his marriage: the emotional scars he brought back from the Pacific have damaged his relationship with his wife Laura and his son Timothy.

Will Don be able to save his marriage? Can he adapt to a world of technology that embraces reality rather than the imagination?

The idea for this story came from my sister. For Christmas, she gave me an audiobook of Ernie Harwell, the long time broadcaster for the Detroit Tigers, talking with his colleague, Duke broadcaster Bob Harris. It’s a terrific four disc conversation spanning Harwell’s entire life. One of the things Harwell used to do when he was a young broadcaster was re-creations. He didn’t remember when re-creations ended, but, curious, I looked it up, and it turned out the last Major League Baseball team to broadcast re-creations was the Pittsburgh Pirates.

The first draft of this story was a real struggle for me. I was inclined to visualize the story in Cincinnati, which is my hometown and consequently a city that I know well. I didn’t know anything about Pittsburgh. I’ve never even been there. So initially, I set the story in Cincinnati and tried to shape events to fit the Queen City.

It didn’t work, and part of me always realized this was a bit silly. The story, after all, is entirely about people that didn’t really exist: what did it matter where the story was set? But, somehow, to me, it does: the things that I know to be “true” had to stay in for me to imagine the rest. Even using a real character like Branch Rickey got me searching for photos, images, and soundbites of this baseball pioneer in order to “get it right.” Funny, actually, that getting the what “really happened” details correct is so important in a story that is very much about embracing what has to be imagined, what has to be believed, rather than what’s real. This story came together once I embraced Pittsburgh as the natural setting.

“The Re-Creationist” was first published in Boulevard. 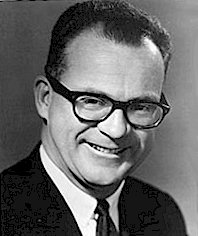