The Ten Best Short Stories (Ever!)

The good folks over at Storyville have periodically been adding in a few Top Ten stories from various writers: Alan Heathcock, Robin Black, Anthony Doerr, and several others. Surprisingly, they have not asked me for my top ten. Why? Probably because they have no idea who I am. Still!

When I sat down to write a top ten list of stories, I realized that this was a bit of a silly task. Most top ten lists of any kind, of course, are unsatisfying. The rankings of stories  is never going to be a fully satisfying endeavor, even to myself, of what is “best.”

On the other hand, lists are kind of fun.

There are going to be many, many exclusions from this list, but I want to say one additional thing before getting to it. What I have listed may not be the best stories I’ve ever read. I’m not even entirely sure how I would define “best” anyway, but there are stories that aren’t on here that are very … instructional. Hemingway’s “Hills Like White Elephants” is one. So is Raymond Carver’s “Fat” or Amy Bloom’s “Silver Water” or John Cheever’s “The Swimmer.” These are stories whose mechanics I’ve watched and experienced so many times that they don’t quite strike me in the stunning way that some of these other stories do. I’ll probably think of some obvious ones that I’ve excluded here as soon as I post this, but, hey, that’s how it is. What this list is, then, is the stories that I find to be more and more amazing each time that I re-read them.

These ten stories are in no particular order.

1. “Freedom, A Theory Of” by Lee K. Abbott. A father who has long abandoned his family returns to beat up his adult son. There are many Lee stories that have been anthologized over the years, and perhaps they are “better,” but this was the one that always left me in wonder, where the voice of the narrator was dead-on, and the charm and tension of the golf “reunion” made me a little giddy.

2. “The Ceiling” by Kevin Brockmeier. I read this in grad school. A marriage crumbles, their son is caught in the middle, all while a large obsidian ceiling comes lowers over their town. Which, of course, everyone ignores, even as building start collapsing. What is the ceiling? That’s the thing: a symbol stands for something specific. A+B=C. The ceiling is an image. It holds a variety of meanings that can’t fully be explained. And that mystery is what stayed with me for a very long time.

3. “A Father’s Story” by Andre Dubus. Picking one Dubus story is like giving a starving man a menu. I’ve written about Dubus over on The Missouri Review’s blog, and I’ll just go ahead and paraphrase: At the end of the story, Luke, the protagonist, is talking to God. Not in a “Footsteps” kind of way either, but in a way that is plausible and true and heart-wrenching. It is the kind of ending that shouldn’t work. No one should get away with an ending like that. But Dubus doesn’t just get away with it, but achieves a remarkable level of grace and tragedy in that final scene that is one of the best I’ve ever read.

4. “Where I’m Calling From” by Raymond Carver. For my money, this is Carver’s best story. The unnamed narrator, drying out in an alcohol rehab facility, desperately trying not to think or talk about his own life, begins recognizing that “This is me” before picking up the phone in the end. The scene where his wife asks him to close the blinds and come back to bed makes me tear up every time.

5. “Runaway” by Alice Munro. Like with many on this list, picking one story by a particular author is a difficult task, with many right answers. Why this one? Because I was genuinely surprised by the ending in a way that made me immediately go back and re-read the entire thing.

6. “Distance” by Rebecca Kanner. You might not know this one. Kanner’s story appeared in The Cincinnati Review a few years ago. From what I can find, she hasn’t written tons since, but that’s okay with me. It’s about a woman who takes up running with her new boyfriend and begins to overtake him–physically, emotionally, socially–with her ability to run. Weird, majestic, and brilliant.

7. “Accountant” by Ethan Canin. This is the first story in the collection “The Palace Thief” which is one of my favorite books, period. The pitch and tone and rhythm of the narrator’s voice is perfect from the first paragraph and holds through the entire novella, a story of an accountant and a fantasy baseball camp and the choices he has made in his life and career. Laced with sadness and regret, it’s also poignant and surprising at all the right moments.

8. “Sarah Cole: A Type of Love Story” by Russell Banks. I’m not sure if any other story has taught me so much about point of view. Or about the unreliable narrator. Or about lust and love. Or about how to make a story seem new every time I re-read it. If I underlined every good sentence, I’d have this entire story colored in highlighter.

9. “Gryphon” by Charles Baxter. Another heavily underlined story. And like Hemingway’s “Hills Like White Elephants,” this is a story that is as much about seeing the world in metaphor, in being child-like, being eccentric and wonderful and human … and how the world doesn’t want you to be that way.

10. “In the Cemetery Where Al Jolston is Buried” by Amy Hempel. I’ll say it: the ending of this story makes me cry every time, even though I’ve read it two dozen times. That’s why the story is hard for me to teach – I don’t want to start sobbing in front of my students (I wish this was a joke, but it isn’t).

Finalists: “First Body” by Melanie Rae Thon, “Sonny’s Blues” by James Baldwin, “Big Me” by Dan Chaon, “Conversations with My Father” by Grace Paley, “The Kind of Light That Shines in Texas” by Reginald McKnight, “An Ordinary Soldier of the Queen” by Graham Joyce, and “The Devil Swims Across the Anacostia River” by Edward P. Jones.

Expect this to be updated regularly with a lot of “Oh, I forget this one!” type of inclusions.

Follow me on Twitter @mpnye and/or subscribe to my newsletter. You can also pre-order my novel ALL THE CASTLES BURNED, which will be available everywhere on February 13th. 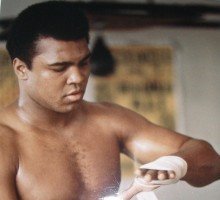