Thoughts on Song of Solomon

Originally, my Toni Morrison reading plan was going to be chronological. This made sense to me: start from her first book, The Bluest Eye, first published in 1970, and then work my way forward and discover the way she developed as a writer. My thoughts on her debut novel are here. Both an interesting reading experience and an interesting writing experience, I wanted to see how her prose challenged and developed over the course of four decades, and what challenges she threw down for herself over the course of her novels.

But there is also the problem of me as a reader. I can be easily distracted. I read short stories for consideration for publication in The Missouri Review. I read literary journals. I read student stories. At home, there are growing stacks of short story collections, novels, nonfiction, poetry collections, and magazines, all of which I can’t get to, what with other things (read: Life) interfering with my time. Don’t forget, too, the books that I often like and want to re-read, all of which have their spines turned out and facing me along my living room wall. My point is that if I don’t remain focused on a reading plan or goal, I’ll veer off track. This is one of the big reasons I decided to follow Rebecca’s reading plan in the first place.

So, when I went to my local Barnes & Noble to get Morrison’s novels, I took what I could get from them, and one of the books they had was Song of Solomon. Besides, it’s her third novel. What would be wrong with skipping over the second novel and hopping to the third, and coming back to the second? What harm could come of that? I guess we’ll find out when I circle back to Sula this week.

So, instead, I leapt to Song of Solomon. Leaping is thematically a critical element of the book, in case you missed that lame joke. Well, flying, actually, and there is a distinction between the two, of course, though in the novel, flying is metaphoric. Oh, never mind …

Quick synopsis: Song of Solomon is the story of an African-American named Milkman Dead. His father, Macon Dead, Jr., and his aunt, Pilate, are two competing directions for Milkman’s life. His father is the town’s only African-American doctor, also acquiring wealth through his properties; Pilate is a mystical character, loving and damaged all at once. Milkman, of course, has to choose his own path. He becomes involved with Pilate’s granddaughter, Hagar, but refuses to love her, leading her to become obsessive and crazy, and she makes several attempts to kill Milkman. When Milkman learns that Pilate, many decades ago, might have hidden gold somewhere back east, he leaves small town Michigan and starts a journey that turns into a discovery of his family history.

If you have read the book, you realize I’ve skipped about sixty significant plot turns, but, hey, I did say the synopsis would be quick. And that was quick!

One of the things I was always conscious of in Solomon is the “radical shift in my imagination from a female locus to a male one” which, as Morrison explains to a “de-domestication” of narrative. So, reading, I’m thinking “masculine” the entire time. Quite a bit of this book, it seems to me, is still pretty domestic, but then again, often these monikers are designed to fit a theory that I’m unaware of: what women writers do or should do, what male writers do or should do, and so forth. Does this explain, at all, why I loved Song of Solomon? Was there something intrinsically male about it?

What I really loved about this novel is Milkman, an intriguing and imperfect man. If you throw out an adjective, it probably describes some facet of Milkman’s personality that shows up during his life, none of which is contradictory. He’s just that complex. He has this wonderful gait because of his imbalanced legs. He’s loyal, he’s selfish, he’s tough, he’s weak. Novels are as good as the main character (good meaning “interesting” not “virtuous”) and Milkman Dead is one of the best characters in American literature.

Names are a critical element of the book, and the discovery of the origin of each name is one of the delights of the book. It also drives the narrative. Who is the first Dead? Where are Milkman’s people? What do all these Biblical names mean? How do these names reflect the characters? It’s a given in writing that names matter; Cate and Cathy and Cathleen are not the same people. Not at all. The richness and complexity of names isn’t just another fact about a character, but a driving force to answer existential question: Who am I? What am I? Conflict erupts all throughout Solomon when people accept or refuse (sometimes both!) who they are. 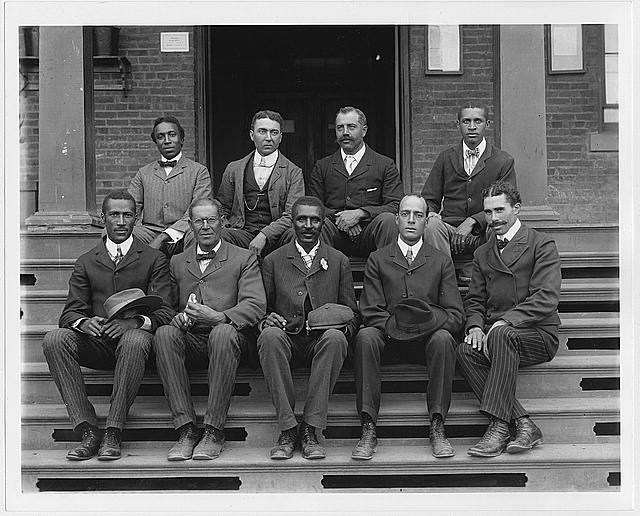 I didn’t care for all the conversations that Milkman and Guitar have about Seven Days. This happens in Chapter 6, but in general, any conversation that these two have that goes on for more than a page feels forced. Guitar explains, lots, in long-winded soliloquies with Milkman essentially just a sounding board (“And then what?” or “What do you mean?”) that becomes tedious, especially when Morrison’s rich narrative voice handles any and all transitions and shifts in character and time much more eloquently through the entire novel.

Endings are tricky, but Solomon is perfect. Really. The last ten pages or so are rendered beautifully, doing that thing that all great narratives do: giving the ending that is both inevitable and surprising all at once. If you took a highlighter to the best sentences here, every page would be yellow from margin to margin. Song of Solomon or Beloved—which is Morrison’s best novel? I have to go with my memory here, at least until I get around to re-reading Beloved, but Song of Solomon feels like the best. Not that it really matters. What matters is that we have this book at all: Song of Solomon should be on everyone’s list of Must Read from the last half-century. It’s that good. 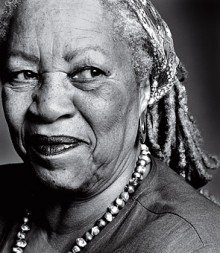