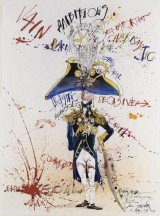 Teaching Literary Magazines in the Classroom

At AWP 2015, I was one of five panelists discussing literary magazines and how to teach them in a classroom. Along with my colleagues Rebecca Morgan Frank, Rachel May, Jenn Scheck-Kahn, and Christina Thompson, we discussed the various ways that a literary magazine can be integrated into a college classroom. It’s a pretty good discussion that was, if I remember right, held on Saturday afternoon, toward the tail end of the conference when everyone is running out of steam, and yet, the whole thing went well and I had a wonderful time participating.

If you want to skip ahead, I chime in around the 21:30 mark. But you should listen to the whole thing! It’s good and stuff. Enough hype: listen to the podcast in its entirety here.

I’ll be one of them. And here’s what I’m gonna do while I’m there. END_OF_DOCUMENT_TOKEN_TO_BE_REPLACED

Unwinding From The Windy City

I’ve been attending the AWP conference for a couple of years now, and it always has the same effect on me: endless anticipation, then a massive four-day adrenaline kick, then days of exhaustion. In the past, I’ve written about my AWP experience, post-conference, in a series of quick points because, by this point, that’s the only way my brain is remembering things anyway. Here is my 2010 and my 2011 experience.

This year, I went to Chicago to, of course, represent The Missouri Review. What this means is letting the conference attendees know about what we have been doing, what we are doing, and what we will be doing. It’s also for talking to other editors about what they are doing with their magazines, swapping ideas and tips and sharing information. Also, discovering the new magazines, and meeting the writers. So many writers. Writers that The Missouri Review has published, would like to publish, haven’t yet published, and all the other thousands of people there, many of whom, I simply want to say hello and tell them I enjoy their writing.  END_OF_DOCUMENT_TOKEN_TO_BE_REPLACED