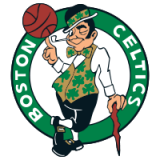 One of my favorite things in the world is basketball. I started playing basketball in seventh grade and it was the only sport I was ever showed any aptitude for, after failed attempts at baseball (which I loved) and soccer (which I didn’t). Like most kids growing up in the 90’s and not living in a NBA city, I followed the Bulls and Michael Jordan and, because I wanted to be fearless like him and he had a knuckleball jumper just like me, Tim Hardaway and the Golden State Warriors. Shortly after I moved to Boston in 2000, I became a fan of the Boston Celtics, a team I’ve been stuck on ever since. END_OF_DOCUMENT_TOKEN_TO_BE_REPLACED