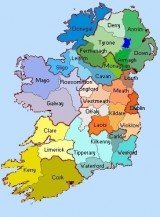 Once I took my first creative writing workshop in college, I was pretty much hooked. Ohio State is on a quarter system, so I had time to fulfill the requirements that Ohio State had towards having an English degree with a specialty in creative writing: five workshops, and the Advanced Fiction Writing class could be repeated three times for full credit. I had an aversion to poetry—which I thankfully grew out of—and determined that after Mary’s class, I could take four more creative writing classes: three in fiction, and one in nonfiction. This seemed like a good plan, and one that I stuck with until it was time to leave Columbus.

Junior year of college, in my memory, seems magical. Maybe not magical, that might be a bit of a reach, a bit sentimental and melodramatic. But junior year is when I hit my stride as a college student. I spent my freshman year not really sure what I was doing in college. I ate a lot of hamburgers and watched a lot of basketball. I was shy, a bit dorky, and liked to spend lots of my time by myself. It also probably didn’t help to have kept up my relationship with my high school girlfriend (note to incoming college freshman: go to college single!). END_OF_DOCUMENT_TOKEN_TO_BE_REPLACED

In 1998, I was a junior at Ohio State. During my first two years in college, I kicked around various majors, but nothing really stuck. Everything was mildly interesting but nothing really jumped out. For fall quarter, I signed up for my classes months in advance, and apparent, sometime during the spring quarter, I thought “Intro to Writing Fiction” would be a good idea. END_OF_DOCUMENT_TOKEN_TO_BE_REPLACED

And So We Begin

What on earth do I say in my first blog post? I might as well be honest: I have absolutely no idea. I imagine this is a common thought for many people when they sit down and write their first blog post for a new website, and perhaps others are just as honest about not having the first clue to what to say. Or maybe they are more clever than I am and just come up with something pitch perfect, and I’m making a big mistake by admitting otherwise.

Ah, well. So be it. I’m really happy that this site is live. I’m really happy there is a reason for it – my first collection of short stories is forthcoming – and that you’ve stopped by to read this post. Most other things that you might want to know can be found on other pages on this site – who I am, when the book’s coming out, what events and readings are scheduled (and where) – and there isn’t any reason to rehash any of that.

I guess it’s appropriate that my first book will be a collection of short stories. I wrote my first short story for an intro to writing fiction class that I enrolled in during my junior year at Ohio State. This class was taught by the fabulous Mary Tabor, a terrific writer herself, and we had to write one story for that class. We had to read John Gardner’s The Art of Fiction, which referenced a ton of books that I have never heard of, let alone read. For Mary’s class, I wrote a story about an adult man, on the verge of being a new parent, visiting his incarcerated father. I don’t have a copy of this story (unless it is buried in a box of papers somewhere in my house, which is incredibly possible) and don’t remember much about it.

That was 1998. Now, fourteen years later (whoa!), a book of my stories is coming out. Wow. I mean, I just thought about this as I typed it. Fourteen years, from beginning to … well, the next beginning, I guess. I must be one stubborn dude to have kept at it this for fourteen years. And I must be a little nuts to think – hell, to know – that I have many more stories to tell for the foreseeable future.

Anyway. Like that story, whose title and characters I hardly remember, I had to start somewhere. Same with this. First blog post on this site. How about that? I have no idea what stories are coming next. And I’m really excited to not yet know.